When people ask what my kid’s ages are I usually get some bewildered looks. I currently have a one-year-old, a two-year-old, and a three-year-old. It’s not quite as crazy as it seems. Here’s how I keep things running as smoothly as possible with 3 babies under 4.

Don’t get me wrong. It hasn’t been sunshine and roses.

I’ve spent a lot of time crying and wondering “What on earth am I doing?”

But that never lasts long.

“Weeping may stay overnight, but there is joy in the morning.” Psalm 30:5

There is always joy in the morning. Sometimes, you don’t even have to wait that long. Joy can come in the next moment!

Routines And Structure Keep Life Sane with 3 babies under 4

As a young adult (pre-babies that is because I’m still a young adult technically speaking) I was pretty carefree and free-spirited so they said. I had my head up in the clouds thinking life was grand and I was an absolutely patient and organized person.

I tried to keep my head in the clouds and ignored most responsibilities other than keeping my new son and me alive. The house was a mess, bills paid late, and dinner was more times than not, oatmeal… You can only eat oatmeal so many days in a row before you’re sick of it.

I know some people might think that is doing a pretty great job as a new mom. But I wanted more! Not to be perfect but to feel presentable and productive with my life in more ways than being a milk provider to my 15lb 3-month-old. I was over mommy culture of messy buns, yoga pants, and barely surviving.

I started implementing routines of sorts, not strict schedules but simply moving through our days in a predictable pattern. Here’s what that’s evolvede to now that I have 3 babies under the age of 4.

I Wake Up Before The Babies Do

The goal is to wake up at 5:30 am. This gives me time to thaw out, read scripture for thirty minutes or so, take a shower if I didn’t the previous night, get myself ready and the house running before the kids wake up. This includes unloading the dishwasher, starting a new load of laundry while folding the dry clothes, and getting breakfast going.

Oh, and I get to drink my coffee. HOT! When there are 3 under 4 awake in the house this doesn’t happen.

The kids play until I get them at 8am

My kids wake up around 7:15-7:30 but I don’t get them out of their rooms until 8:00 am. This gives them time first thing in the morning to play independently which is so good for them. And me too!

Learning to play independently is a huge deal when you have 3 under 4. It gives mom time to get important tasks done such as cooking, cleaning, and tending to other children. That just scratches the service for why independent play is important for kids.

There are some mornings the littlest needs me to come get him before the 8 o’clock time (usually around 7:30) but this doesn’t effect my morning productivity much. As any mom to many knows, it is so much easier when there’s only one kid around.

Diaper changed and getting dressed

I’ve learned that if this doesn’t get done first, it doesn’t happen until much too late.

I also think this teaches an important skill to children. How we present ourselves for the day matters! I think getting dressed in real clothes is very important.

This is one of the things I realized when I started trying to do more with my life than watch Gilmore Girls and nurse my son for hours on end in our tiny apartment. Before I used to wear yoga pants and oversized t-shirts or quite literally roll out of bed not doing anything to my appearence. In my quest, I became a big fan of Jennifer from The Daily Counisour and her philosophy of looking presentable always. I believe this should apply to our kids as well!

We eat breakfast together by 8:15am

Everyone sits down at the same time to eat our first family meal! I’ve learned that with 3 babies under 4 if I don’t have everything ready to go at the table (salt, pepper, drinks, napkins) then I’m constantly up and down getting everything. This left me sitting at the table well past 9 am trying to finish my breakfast while craziness from the kids ensued. Now that I’ve been prepping and involving the kids I can finally sit and enjoy food with my family. Usually, this is eggs of some sort, toast or yogurt, and fruit. We keep it simple in the mornings.

We do “Homeschool” for 10 minutes

A new thing at our house is when we go over our verse of the week. I expect my oldest, Clayton, to have it memorized by Sunday. Thus far, he has memorized three verses that he can repeat back to me or my husband.

This is a simple discipline I pray they will continue as they grow older! There’s nothing quite like knowing what the bible says from memory.

Littlest takes a nap around 9:30am

Our little man, Liam, is usually rubbing his eyes and ready to take a nap for an hour or so.

By now, the two big boys have helped themselves outside to dig in the dirt, jump on the trampoline, and play in their little fantasy worlds. They kill bears and giants as King David did. Some days, they’ll play outside until lunch is ready while other days they may decide to come in and color or play with their cars on their racetrack.

During this time, I can get the laundry folded or read a book. I try not to let their Freeplay be a time when I’m on my phone scrolling, though sometimes this does happen I try to make it a productive few hours of house chores or other important tasks.

Liam is either already up or I go get him no later than 11.

Lunch and clean up around 12pm

By now everyone is ready for lunch and a nap! We eat at the table, do a 5-minute clean-up, and head upstairs by 12:30 for our nap time routine.

Naps for all the babies at 1pm

Our nap time routine looks the same everyday. Littles like consistency. As a mom to 3 under 4, getting everyone to nap at the same time has been a huge sanity saver. It gives me time to do things without interruption (like this blog) and I could use a nap every now and again too!

We read 2 stories, one short and one long. Then I tuck the two youngest, Flynn and Liam, into their beds (they share a room) and do special time with Clayton for 10 minutes or so before tucking him in.

They normally all sleep until about 3-3:30. Flynn will often play for two hours and pass out right before everyone wakes up so he sometimes sleeps until 4-4:30. Somehow, this doesn’t affect his ability to go back to sleep at 7:30. Flynn is definitely our sleeper as he is also the last one to wake up in the morning!!

This used to happen everyday but the kids have been much more interested in digging in the dirt outside. Yayy! I never mention TV to them anymore because of this. Some days, Clayton might decide he wants to watch something until Flynn wakes up to play with him outside.

With 3 babies under 4, I try to stick to our “TV only after nap” rule. But sometimes if we run a lot of errands in the morning I’ll let them watch in the van. Mostly so no one falls asleep before naps! I make sure they understand that if we watch before naps we aren’t watching after naps too. They have the choice: watch tv now in the car or watch it after naps.

We have a snack around 4-4:30. I read the book, French Kids Eat Everything, and that’s really helped our kids start eating more. We have cut snacks except for the “after school” (after nap for us) snack called a goûter like French kids have.

More free play because it’s so good for them! Or sometimes I run errands close to home.

This is also the time I start dinner. The baby will play with pots and pans while the boys are outside digging or riding their balance bikes.

The French supposedly eat very late dinners (if you are from France let me know when you eat dinner in the comments) and I’ve started implementing this too. My husband often works till 6-6:30 (or later) which really messed with my 5:30 family dinner plans. Thinking about it now, it was really impractical to impose such a time for family dinner knowing my husband’s schedule is unpredictable. Silly me! The later dinners have also helped the kid’s appetite really grow.

The day is almost over. Bathtime, books, and bed! We brush our teeth, sing songs and say our prayers! This is also the time the boys are their silliest. They play a game called “Tackle Dad” and my husband gets his roughhousing in with his boys. I think it’s a good way to end the day though it can be tricky to get them to settle afterward.

Normally, everyone’s “love bucket” has been filled up and goes off to sleep without a fuss.

I have a lot of fun with my 3 babies under 4 but as the mom, it can be pretty exhausting. Phew!

Now, I can kick my feet up and relax for an hour or so before heading off to bed. 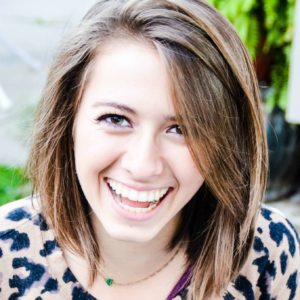 Hi! I’m so glad you’re here with me. I’m Ellyse, married to my best friend, Bryson, and mom of 3 boys. I love good food + coffee, living that mountain life, and doing cartwheels at random. Follow along for more farmhouse shenanigans!